Maharishi AyurVeda on the Move 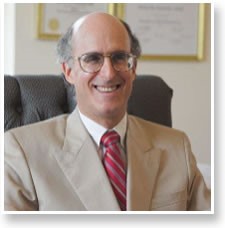 This past spring, Robert Schneider, MD, FACC, Dean of MUM’s College of Integrative Medicine, traveled across the globe to champion the integration of the knowledge and technologies of Maharishi AyurVeda into the worlds of modern medicine and natural traditional medicine.

Dr Schneider spoke at six prestigious conferences and special events, where over a thousand doctors, medical students and Ayurvedic practitioners were inspired by the holistic, science-based approach of Maharishi AyurVeda.

The medical profession continues to show increasing interest in the Transcendental Meditation® technique, both for medical care and for physician wellness and prevention of burnout.

The Medical School at the University of California at Irvine is considering making the TM®  technique available for physician wellness, and 200 doctors attended Dr Schneider’s presentation on the role of stress in cardiovascular disease and the research that shows that the TM®  technique prevents and treats heart disease and its risk factors, such as high blood pressure, stress and atherosclerosis.

“Physician burnout is now recognized as a major issue,” Dr Schneider said. “The residents and medical students were keen to stay balanced and healthy as they train in the science and art of medicine. They were receptive and understand from personal experience the importance of dealing with chronic fatigue and stress.”

Dr Schneider also met with another 50 physicians and spouses involved with the Indian Medical Association of Southern California. He presented Maharishi’s vision for Vedic health care that includes mind, body, and environment – all based on the inner intelligence of the body and the universe.  “These doctors were very interested in how science is now verifying the principles and benefits of their own tradition of Ayurveda,” Dr Schneider said. “My presentation helped to bridge the gap between modern science and ancient Vedic science.” 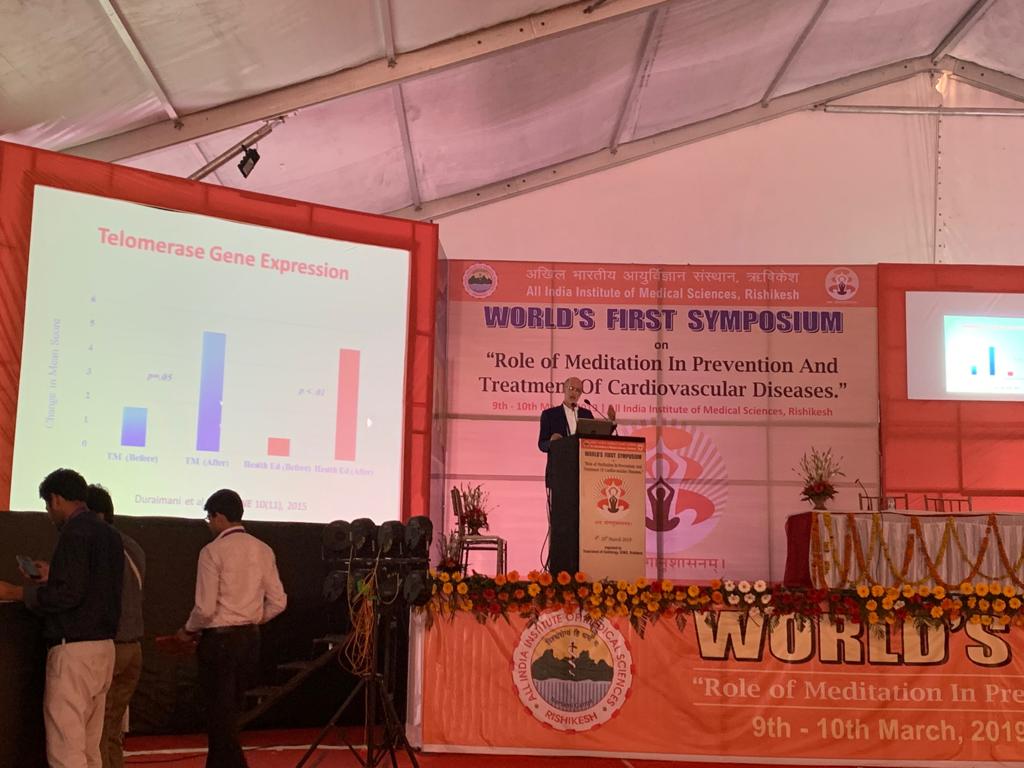 The All India Institute for Medical Sciences – considered to be one of the top hospitals and medical schools in India – hosted Dr Schneider’s feature presentation on Maharishi AyurVeda as a comprehensive mind-body-environment system based on the inner intelligence of nature at the World’s First Conference on Meditation and Cardiovascular Disease. https://www.meditationconference.org/conference

“These modern doctors and scientists know that this is their ancient tradition, but they want to be contemporary and science-based,” said Dr Schneider.  “They were very inspired by our research giving a modern scientific framework to their tradition.”

The faculty at the All India Institute for Medical Sciences Ayurveda are eager to collaborate with Dr Schneider on a large clinical study on hypertension that would be conducted in India. They are particularly interested in using technology such as PET and fMRI to differentiate among approaches to meditation regarding its physiological effects on the brain and heart. In addition, 40 have already learned the TM technique, and several hundred more plan to learn. 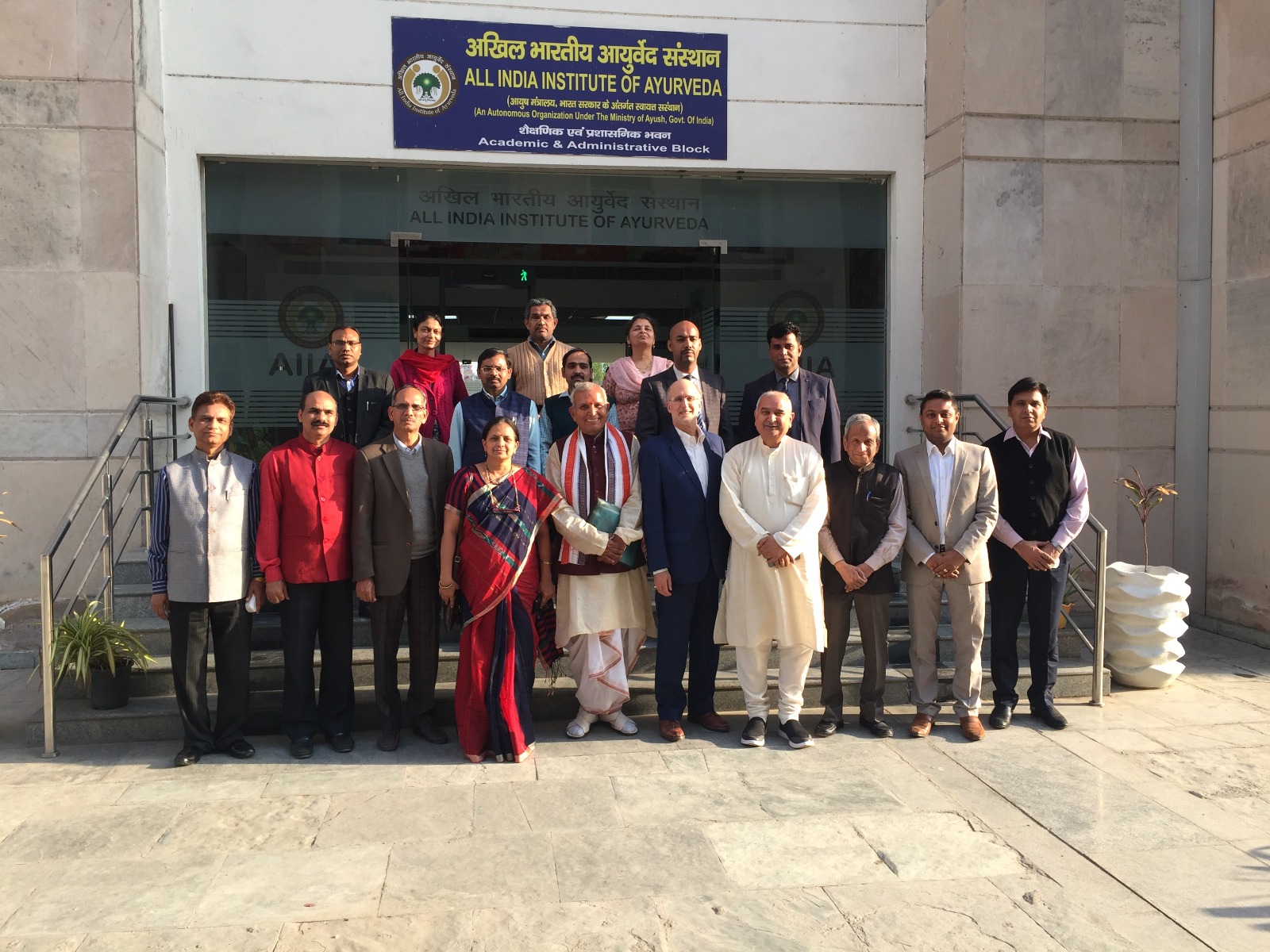 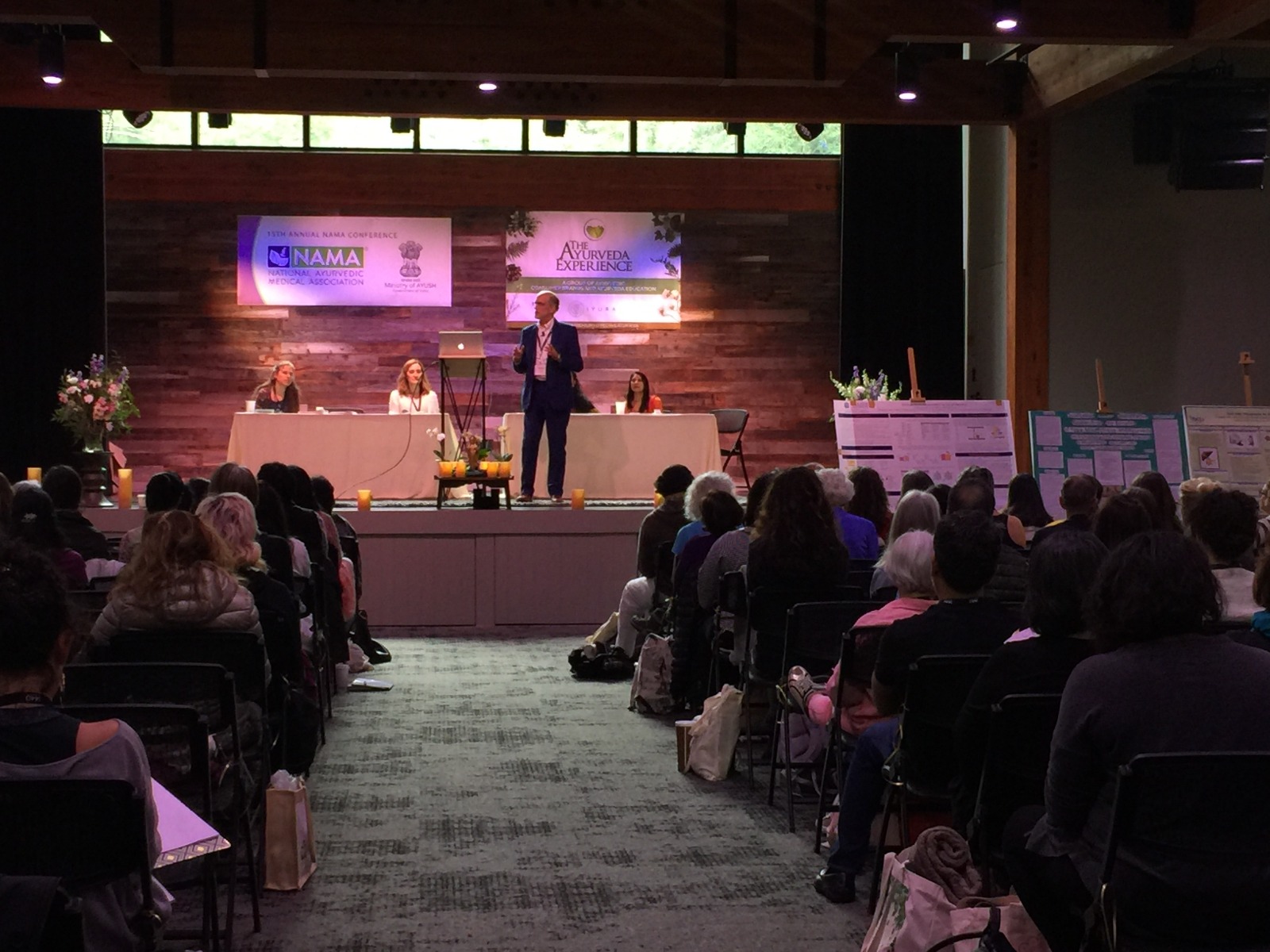 Dr Schneider addressed 450 attendees in 2 presentations: ”Jyotish, Ayurveda & Modern Medicine”; and “Yoga, Meditation & Mental Health” at the NAMA Conference in Scott’s Valley,  California
Dr Schneider gave two talks at the well-attended National Ayurvedic Medical Association (NAMA) conference on Ayurveda and the Mind, which was co-sponsored by the Government of India’s AYUSH.
https://www.ayurvedanama.org/conference-overviewHe spoke about yoga therapy and chronotherapy in Ayurveda.
“Contemporary practitioners tend to view Ayurveda in terms of body or physiology. That’s only one-third of the story because original Ayurveda requires three pillars of health: mind, body, and environment, all grounded in the inner self or Atma or the unified field,” He presented a broad understanding of Yoga in Ayurveda, that emphasizes union with one’s inner healing self.  Meditation is a vehicle for achieving this union, and that’s backed by scientific evidence on health benefits of the Transcendental Meditation technique.

Dr Schneider also presented insights of modern medicine on Jyotish or Vedic astrology in Ayurveda. He explained that modern medicine recognizes the timing of disease onset and treatment in chronomedicine. He described how Jyotish helps to fulfil the goals of medicine for personalized, preventive, predictive, and participatory health care. 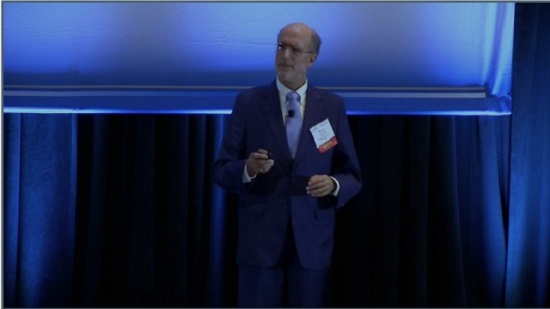 At a conference of the Age Management Medicine Group (AMMG) held in Miami Dr Schneider spoke to hundreds of physicians on how the mind-body connection can speed up or slow down the aging process.

“The contribution of lifestyle to aging is becoming a major theme in contemporary medicine, so these physicians were fascinated to hear how Transcendental Meditation can modify aging,” Dr Schneider said. “This was the only session to show research on how science supports the mind-body connection.”

Dr. Schneider’s latest initiative is to develop a series of Integrative Health Centers starting with an outpatient center in a major urban area. This will be a prototype for holistic, prevention-oriented health care in the US and around the world.  It will be based on Maharishi AyurVeda integrated with modern medicine and other evidence-based natural approaches for common, chronic disorders.

If you’d like to participate in the development of this center, email: RSchneider@mum.edu.