In the Yoga Sutra, the first of the eight limbs of yoga is called yama. Yama has five aspects, beginning with ahiṁsā, which means ‘non-injury’ or ‘non-violence.’ Mahatma Gandhi made ahiṁsā famous when he mobilized all of India to free itself from British domination without firing a shot. Martin Luther King, Jr., the head of the civil rights movement in the U.S., was one of many who were influenced by Gandhi and his use of ahiṁsā to achieve social change without violence.

The Yoga Sutra describes what happens when a person is established in non-injury: “Where non-injury is established, in the vicinity of that, hostile tendencies are eliminated.” (2.35)

According to the Yoga Sutra, where is non-injury established? In the state of yoga, which is defined in the second sūtra of the Yoga Sutra as the complete settling of the activity of the mind. The settled mind, the mind established in yoga, is free of injury, and the Yoga Sutra says that for this person the environment becomes free of hostility.

St. Francis of Assisi, for instance, was famous for calming people and even animals around him by the sheer power of his love. An individual who has a mind full of peace radiates an influence of peace, and then creates a reality that is peaceful.

This is where non-violence becomes effective. It is a state of mind that, in Maharishi’s words, “disallows the birth of an enemy.” When enmity has been eliminated inside, there is no enemy outside. According to Maharishi, “An enemy is the lively embodiment of our own weakness.”

The principle of non-injury is also described in quantum physics as the Meissner Effect, which shows that a coherent system generates a field around it that is coherent. Non-coherent fields will not penetrate a coherent system. 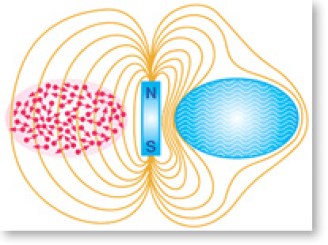 While it’s possible to understand how this principle applies to individuals, what would happen if a large group were established in the state of yoga?

In the summer of 1993, 4,000 individuals gathered in Washington, D.C., to see if practicing the Transcendental Meditation technique in groups for two months would affect the crime rate. Dr. John Hagelin, a quantum physicist, predicted that the crime rate would drop by at least 20%. The chief of police went on the evening news and said that it would take a snow blizzard in the middle of summer to accomplish that.

Yet, after two months, public records showed that the crime rate dropped 23%. Since most people’s paradigm about the nature of reality is based upon classical mechanics, this experimental result seems unlikely. However, from a quantum perspective, the Washington, D.C., study follows the same principles as the Meissner Effect and was described long ago in the Yoga Sutra—“in the vicinity of yoga, hostile tendencies are eliminated.” 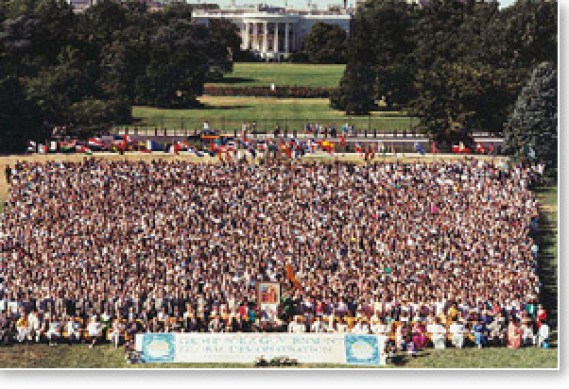 Taking it a step further, what if throughout our society there were many large groups of individuals who could do their Transcendental Meditation practice together each day to heighten the experience of Yoga? Imagine the possibilities. A group of school children meditate and stress levels and violence go down in the neighborhood. A group of elderly people meditate together and their city begins to be more progressive and prosperous. It’s a possibility that could yield profound results both for the individual and for society at virtually no cost, and with great “side-benefits” for each of the individuals involved. It’s worth exploring, isn’t it?